We all remember the controversy that occurred when Kim Kardashian West announced to the world that she consumed her placenta postpartum. It launched a trend into motion, causing more women to participate in placentophagy, the act of consuming the placenta. However, it also brought many skeptics to the surface, claiming that placenta encapsulation and consumption can be harmful for both baby and birthing person.

However, research has found that placenta encapsulation does not present significant risks for either baby or birthing person and can produce a number of benefits for a birthing person’s postpartum period.

Sifting through the copious research on this subject is an easy way to lose hours, even days behind your computer screen. So, here we will be discussing placenta encapsulation and its benefits, and various studies proving its safety.

What is Placenta Encapsulation?

Placenta encapsulation is the process with which the placenta is turned into a powder form to be placed into pill capsules for easier consumption postpartum.

Throughout history, placenta encapsulation has been practiced in various traditional medicine practices to reap the benefits of this nutrient dense organ which nourished your baby for nine months and can have similar health boosting effects on birthing person.

Giving birth results in many drastic changes to the body and its hormone levels. This often results in postpartum depression, lack of energy, and other health issues. The placenta is packed with hormones, vitamins, and minerals that can greatly help birthing people navigate this tradition without as many complications.

Placentophagy may help with:

In 2016, the CDC released a report regarding an Oregon woman whose infant suffered from group B Streptococcus Agalactiae (GBS). At the time, they believed it could be caused by the mother participating in placenta encapsulation. Although no concrete evidence was discovered directly linking the infection to the placentophagy, in an abundance of caution, the CDC recommended against the practice.

The Research that Followed

This report prompted many more studies to be conducted on the efficacy of placenta encapsulation and possible risks associated with the practice. Specifically, a study from 2019 concluded that,

Another study released in 2018 stated that,

Both studies founded that while a placenta is not sterile, the overall risk of consuming a safely encapsulated placenta were very low. When placentas were swab tested, the amount of potentially toxic elements found were below the toxicity level for safe food consumption.

These studies should give expecting birthing people peace of mind that placenta encapsulation comes with very minimal risks, and could provide copious benefits for adjusting to the body’s changes postpartum.

For expecting birthing people considering placenta encapsulation, be sure to find a reputable service provider to answer all questions and concerns regarding the process. 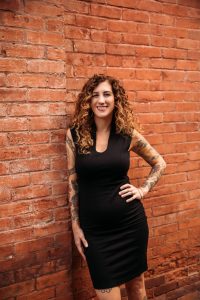